Why the Great Ocean Road is still No.1 on the list of Australia's best driving holiday destinati

HAVING recently driven along the Great Ocean Road its easy to see why the destination was voted Australias ultimate drive destination.

The 243km stretch of asphalt extending along the coast of Victoria beat a range of other road-trip destinations throughout Australia in a recent lastminute.com.au poll of more than 5700 people.

My trip down the Great Ocean Road began in reverse after travelling from Melbourne to the pretty seaside town of Port Campbell, west of the Twelve Apostles, on the inland road.

On my first day on the Great Ocean Road I point my hire car towards Lorne, where I will spend the night before travelling on to Melbourne.

I snake my way along the curvy road and before I reach the famous rock formations I stop at Loch Ard Gorge, named after the English clipper ship Loch Ard.

Here I learn that the Loch Ard was bound for Melbourne, loaded to the brim with passengers and cargo, when it hit a rocky reef at the base of Mutton Bird Island, near Port Campbell. Tragically, only two of the 54 crew members and passengers on board survived.

After pausing to take in the mesmerising scenery, I hit the road again and soon find myself at the Twelve Apostles’ visitor centre, where I wander down the long boardwalk to see the stacks.

From a lookout I see the giant rocks, their hues of yellow and orange brilliant in the morning light.

The waves are thrashing against the famous limestone stacks, several of which have already succumbed to the pounding seas. I could sit here all day: photographing the view from the 70m-high vertical cliff line and taking in the vista of the magnificent coastline. 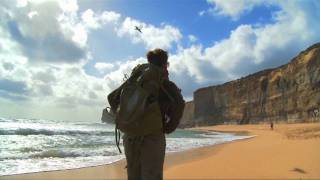 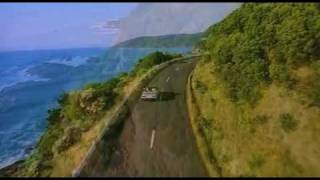